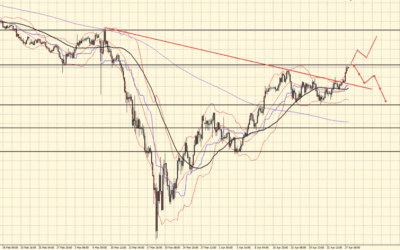 The AUDUSD is a highly cyclical commodity, but it can offer trading opportunities for both long and short-term investors. The differences in interest rates between the US and Australia make the market highly liquid, and can present lucrative short-term trading opportunities. In this article, we’ll explore some of the main factors driving the AUDUSD’s current strength and weakness. But there’s still much more to AUDUSD than meets the eye.

As you can see, the AUDUSD is testing weekly support at 0.7000, where it started a downtrend after a retracement from the previous low at 0.72700. Breaking this support area will likely continue the downtrend. Wait until the EU market opens before entering a trade. Waiting for a potential breakdown of the support structure is essential for identifying trading opportunities. Alternatively, you can trade based on the support/resistance structure, which can be a great indicator for short-term trading.

There are several key periods in the day when trading AUD/USD can be profitable. As with all currency pairs, the AUD/USD’s highest volatility is observed between 00:00 and 02:00 GMT, and the highest volume occurs between 12:00 and 17:00 GMT. Traders using a day trading strategy may use various tools and techniques, ranging from basic daily charts to historical price charts. Some traders may also base their expectations on the latest news releases. News can change the mood of the market and cause significant shifts. In these cases, traders can capitalize on the news and profit from it.

While the AUDUSD’s most active trading period is from midnight to 1700 GMT, EURUSD and NZDUSD are most active between 07:00 and 1200 GMT. USDJPY and EURJPY also see higher volatility between 1700 and 2000 GMT. Although they have different trading times, they generally have similar trading conditions. They both see high volatility during their most active periods. You should pay attention to these times when you trade AUDUSD.

The Australian dollar was once riding a gold wave. However, the downturn in global economic conditions pushed the AUD to its all-time low of 0.4855 on March 1, 2001. Then the Australian economy began to recover. The AUDUSD rose to a high of 1.0967 on April 1, 2011 before capitulating during the economic crisis. Since then, the AUDUSD has struggled, trading between 0.8300 and 0.6500 in the past few years.

Trade relations between Australia and the US are also a key factor in the AUDUSD’s rise and fall. In fact, the US receives more than $1 billion in Australian exports, and the AUDUSD’s inversely proportional trade deficit between the two nations reflects this. Likewise, the AUDUSD’s relationship with China has a strong influence on US currency prices. As a result, US stocks have increased by about 50% since the ratification of the Australia-United States Free Trade Agreement.

Using technical analysis and understanding of underlying economic forces is an essential part of day trading the AUDUSD. This currency pair offers a guarantee of volatility during all trading sessions. While the Asian session is usually low-volatility, the AUDUSD is constantly moving during the other sessions. AUDUSD also has positive and negative correlations with USDCAD, gold and NZDUSD. Positive correlation means that the pair is moving in the same direction, while negative correlation suggests that it will move in the opposite direction.

The Australian dollar has been a popular carry trade vehicle for non-institutional investors. Carry trades entail borrowing at a low interest rate and investing it in an asset that yields a higher return. These trades tended to occur mainly as a result of speculation and risk sentiment in a particular region. However, the AUDUSD has continued to be a popular carry trade alternative even with all the challenges that the world economy has faced.