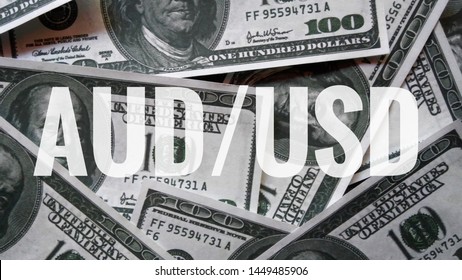 The AUD/USD is one of the most traded currency pairs. Its high liquidity means that it is easy to trade, with less slippage and lower costs. It also means that it has a deep market depth, which helps cushion it against external shocks. Liquidity in forex trading measures a currency pair’s ability to move on demand without large price variances. High liquidity currency pairs also have relatively narrow spreads, which are advantageous to retail traders.

The AUD/USD currency pair is most volatile between 00:00 and 02:00 GMT. It also has the highest volume between 12:00 and 17:00 GMT. Day trading in the AUD/USD currency pair involves using different approaches, including based on historical price charts and basic daily charts. Other traders rely on news updates, especially economic data, to gauge the market’s sentiment. Breaking news can alter market sentiment in a hurry, so traders must anticipate the trend to be able to capitalize on it.

The Australian dollar’s value is also influenced by trade relations between Australia and the United States. The two countries have close economic ties and are mutually reliable trading partners. Since the Australia-US Free Trade Agreement came into effect in 2005, US exports to Australia have increased by 91%. If the Australian economy performs well, the AUD/USD is likely to go up. So, if you’re wondering if the Aussie dollar will continue to rise in value, consider investing in it.

The Aussie Dollar is a commodity currency, which means its value is closely tied to the price of natural resources. It has historically been a riskier asset than other currencies. But with record low interest rates, this currency has become even more risky. As of January 2019, it has traded in a range between 0.8300 and 0.6500.

The Australian dollar is an important currency in the world’s currency markets. In fact, the Australian economy is rated AAA Debt, which highlights its economic and political stability. AUD/USD trading is a popular currency pair, and its popularity has increased significantly over the past couple of years. The Australian dollar’s rise is attributed to the stability of its trade relationship with China, low interest rates, and commodity exports.

Although the S&P500 is trading less than five percent lower than its highs on February 10, the AUDUSD is only -0.5% lower. The Australian dollar is traditionally considered a risky currency, but it is trading at a low level compared to the S&P500. As such, it is unlikely to drop much more.